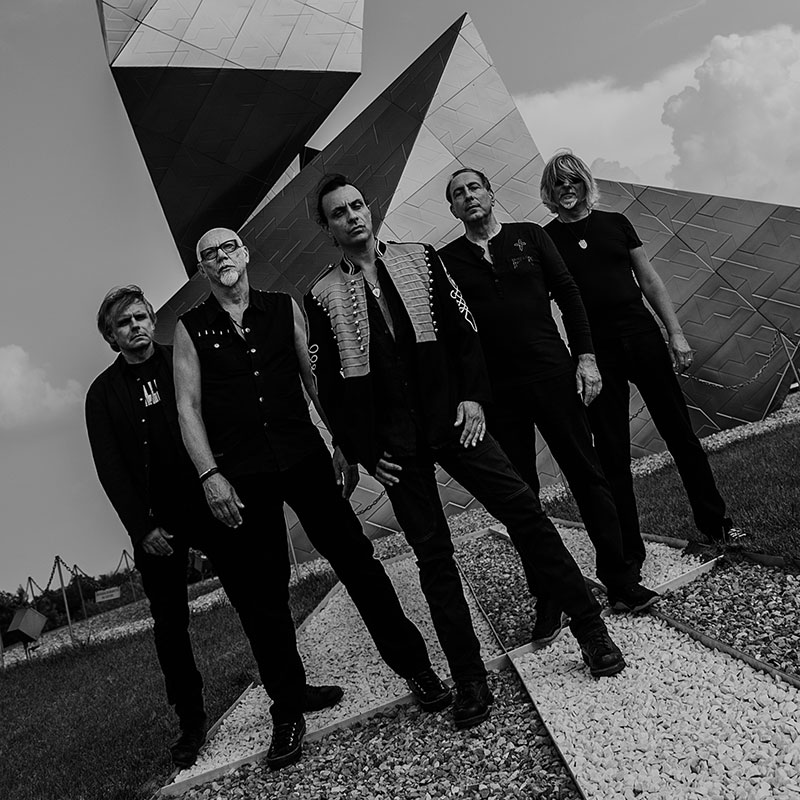 Mangala Vallis is an Italian rock band (from Reggio Emilia) formed in 1998 thanks to an idea of Gigi Cavalli Cocchi (drums), Mirco Consolini (guitar and bass) and Enzo Cattini (keyboards). The band’s name is a canyon on Mars, which appears in the novel Sphere by Micheal Crichton.

Their main genre is progressive rock, influenced by other kinds of music coming from the background of the musicians’ past artistic experiences. Major elements of their production are the care and the quest of the best sounds and nuances.

On February 8th 2002 their first cd is published, The Book of Dreams, a concept album inspired by the fantastic adventures created by the great French writer Jules Verne, and the vocal parts are performed by different artists: Vic Fraja, Matteo Setti (who sang also in Riccardo Cocciante’s production of Notre Dame de Paris) and Bernardo Lanzetti (former vocalist of Acqua Fragile and PFM). The album receives an unanimous appreciation from critics and public and is distributed in 12 countries. During the next two years Mangala Vallis played in major prog rock festivals in Belgium, Germany and Holland.

Lycanthrope is the band’s second album, released in November of 2005. Bernardo Lanzetti is now officially the band’s vocalist and becomes the writer of the lyrics. David Jackson, ex saxophone player with Van Der Graaf Generator, is the special guest of this new concept album inspired by the modern human being,  who is confused and struggling between the modern society’s constraints and his own instinctive nature. The other members of the band are: Riccardo Sgavetti (bass) and Nicola Milazzo (guitar).

In 2009 the DVD “Intergalactic Live Video Archives” is released. Recorded during the 2006 European Tour, testifies the great energy of the band on stage and contains the best songs of their first two albums: The Book of Dreams and Lycanthrope. Besides the live performances, this DVD contains the band’s two official videos. In 2009 there is another change in the band’s lineup, with Cristiano Roversi of Moongarden replacing Enzo Cattini on keyboards.

In 2012 another change in the band’s lineup, Bernardo Lanzetti and Riccardo Sgavetti are replaced by Roberto Tiranti, vocalist and bass player of great qualities (who worked with New Trolls, Labyrinth, Ian Paice, Glenn Hughes and Ken Hensley). The new band publishes Microsolco, a new concept album, virtually a follow up of the former album. On this cd songs about the fast pace of modern times and the idea of returning to a quieter and more natural dimension are the main elements of the story. It talks about what happens on 21st December 2012, and the theory that that would be humanity’s last day. Actually in Microsolco there is “the end of a certain kind of world” when a hacker, on that exact day, infects the whole internet with a virus capable of destroying all the digital memories of the planet. This act will force everybody into thinking deeply about life and lost values, and make people retrieve ways of life lost in time. Basically a reconciliation between Mankind and Mother Earth.

In 2018 the band started to work on the new project called “Voices” which will be released at the beginning of 2020. The lineup has changed once again with the arrival of Gianfranco Fornaciari as a keyboard player and composer.